The collective agreements expire on July 31, 2019.

All local issues have been resolved and progress was made on several key non-monetary issues, but negotiations broke down over monetary proposals.

Our bargaining committee had clear instructions from the membership that increases in this range were absolutely not acceptable.

In addition, the employer and their representative did little to address our proposal on safe staffing ratios and addressing the critical shortage of personal support workers. 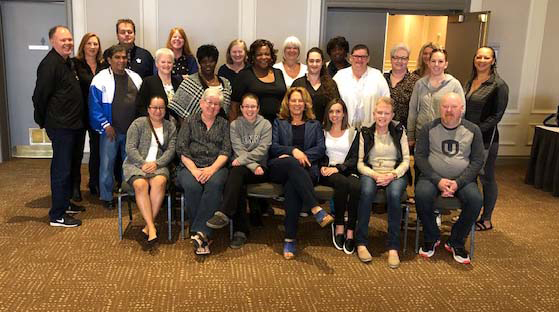 TORONTO - Unifor opens negotiations with ten Extendicare owned nursing homes this week and is prioritizing addressing the poor working conditions that lead to a massive shortage of personal support workers across the province.

“The expectations placed on front-line caregivers in long-term care are not only shocking but alarming and dangerous,” said Jerry Dias Unifor National President.

The new normal for a ratio of PSW’s to residents is about one to twelve on a day shift and even higher on other shifts. Nurses can be responsible for as many as 50 residents to provide treatments, medications and monitoring.

“Nursing homes are not only home to frail vulnerable seniors, but to those as young as 18, often with complex mental health issues, creating a hazardous combination,” said Dias. “It’s no wonder personal support workers are opting out of this profession.”

Unifor and the Ontario Health Coalition are working together to tackle the shortage of PSW’s at a series of round-table meetings across the province that include employer’s, government representatives and front-line caregivers.

“These meetings have given us some real insight into the challenges faced by workers that essentially leave them drained at the end of a shift, always knowing there were things that they just couldn’t do for their residents,” said Andy Savela, Unifor Director of Health Care. “The fact of the matter is that we need better care, safer work, and a reasonable compensation package to staff these homes appropriately.”

Unifor is fully committed to negotiating a fair and equitable settlement that recognizes the effort and sacrifice of our members.