The collective agreements expire on July 31, 2019.

All local issues have been resolved and progress was made on several key non-monetary issues, but negotiations broke down over monetary proposals.

Our bargaining committee had clear instructions from the membership that increases in this range were absolutely not acceptable.

In addition, the employer and their representative did little to address our proposal on safe staffing ratios and addressing the critical shortage of personal support workers.

Ontario Government
Bargaining in this sector is complicated by our provincial government who is currently holding consultations on public sector wage restraints. Unifor has attended these sessions and has made the case, that particularly in this sector wage restraints are not acceptable. There are not enough PSW’s to staff the current long-term beds in the province, let alone the new promised beds.

In any case, we refuse to be intimidated into agreeing to a settlement that is less than our members deserve. We will fight the Ford Government on every front in this regard.

Unifor and Ontario Nursing Homes
Extendicare is the first set of master negotiations for Unifor this year. We have approximately 90 other nursing homes that will expire this year, some that bargain at master tables and some individually.

We expect a similar position from the vast majority of these employers at the bargaining table. Most are controlled by Bass and Associates.

In February we met with 130 workplace representatives, local leadership and staff from this sector to set our bargaining agenda. Our demand is for a real wage increase that respects the incredible contributions of our members. This would coincide with a plan to take on the government to improve standards of care. We have not strayed from that agenda.

You can count on support from not only the other Unifor nursing homes but from every sector of our
union.

Better Care. Safer Work.
In the coming weeks, Unifor will roll out our campaign and strategy with the hashtag #CareTakesTime. We will have a web site, petition to the legislative assembly of Ontario (online and paper), social media shareables and a video. We will also ask our members to lobby their MPP’s and have a lobby kit available for download.

Next Steps
We have applied for conciliation and an arbitrator has already been agreed upon in our terms and conditions for joint bargaining. We will attempt to secure a date as quickly as possible.

As your negotiating committee, we may call on you for support for workplace actions.

Your patience, support are appreciated. 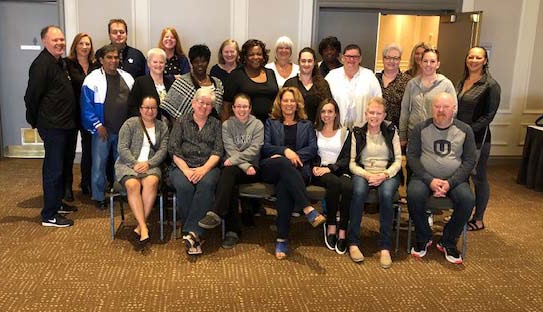